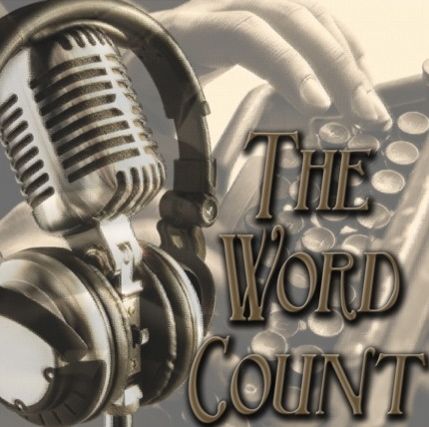 Welcome to Episode 50 of “The Word Count” podcast!

Five years and 49 previous episodes in the making, seven authors join me this week to celebrate a WCP milestone. The theme is simple:

But before we introduce our cadre of writers, a bit about the show:

What is The Word Count Podcast?

It is a free broadcast by writers for writers. Simply put, a theme for each show is announced via this site, Twitter and Facebook and writers are given a week or two to write AND RECORD their stories based on said theme.

Why not, says I. It’s a great way to practice writing and public speaking. It’s another way for writers to get their work “out there.” And I love to meet fellow authors and have a blast putting the show together. It’s just that simple.

Okay. Where can I find it?

You can listen to the latest podcast below, subscribe via iTunes or listen at the show’s site.

Our guests this week:

Matthew Munson “The Next Chapter”

Matthew is a writer, a geek and … nope, that’s about it. He’s written two contemporary fantasy novels published through Inspired Quill, is currently finishing off a serial crime novella for an online audience, is writing the first in a series of non-fiction books on disabilities, and has been appointed to the diversity panel of a new UK-based publisher. Life is good, although there could be more chocolate.

V. Winifred has been an educator with the NYC Department of Education for a decade, teaching children in the Gifted and Talented program.  She has additional certifications in life coaching, mentoring, and more. Other passions include teaching piano and chess, while dabbling in philosophy, amateur photography and ornithology.   V. Winifred has officially begun her journey as a writer, and has launched her website at: VWinifred.com, where you can keep up with her latest literary adventures. Her latest accomplishment is being shortlisted this month at mashstories.com, where her story The Price of Admission will be published.

In the long tradition of my bio’s, I would like to wax mental. But first. Thank you Richard for the show, the opportunity and the confidence it’s given me. It means a lot. And thanks to all the other writers who have taken part and given us so many wonderful stories. I’ve learned a lot, and enjoyed every minute. Cheers.

Doing the nasty – which I personally think can be cleared up with the proper application of soap.

The Bedroom rodeo – energetic though a little confining. Kitchen rodeo seems unhygienic. The baby changing table rodeo is a mouthful. But, eh, yeah.

Violating the prime directive – you know what I mean. I mean Kirk showing Spock his captain’s log in his quarters. Oh yeah.

Playing with the box the kid came in – Ever noticed how much fun kids get out of the box the gift came in? They’re like, sweet, a box. Things never change.

Angelica Dawson is the author of Blue Moon House, which has been in the top ten best-selling titles at Naughty Nights Press for over six months. She has also written two short stories, “The Highest Bidder” and “Leave Taking” which were each included in anthologies.

She contributes flash fiction to several blogging collectives and excerpts from work in progress can also be found on her blog (http://angelicadawson.blogspot.com). She is active on Facebook (http://facebook.com/authorangelicadawson) and Twitter (@angelicadawson)

She has been writing for several years and having sex a lot longer than that. Angelica is a wife, mother and environmental consultant. Her love of plants and the outdoors is not diminished by the bloodsucking hoards – mosquitoes and black flies, not vampires.

An Aries, a self-described shenaniganist, and an unabashed romantic, Cameron writes romantic fiction and genre-crossing short stories from the metro-Boston area, where she lives with her husband, son, and a poorly behaved pug.

In the eighth grade, she wrote her first romance novel on an antique typewriter, using a stack of pink paper. Detours between that draft and publishing her first novel included a BA in Music from Middlebury College, a professional culinary education, and twelve years in the child-wrangling industry.

Cameron’s adventures (in flash fiction and real life) can be found on her blog. Formerly, she was an editor at Write on Edge, and she is the founder of and senior editor at Bannerwing Books.

Before taking early retirement to become a full-time writer, Bill Kirton was a lecturer in French at the University of Aberdeen. He’s written stage and radio plays, short stories, novels, skits and songs for revues, and five non-fiction books aimed at helping students with their writing and study skills. His five modern crime novels, Material Evidence, Rough Justice, The Darkness, Shadow Selves and Unsafe Acts are set in north east Scotland and his historical crime/romance novel, The Figurehead, is set in Aberdeen in 1840. The Darkness won the silver award in the mystery category of the 2011 Forward National Literature Awards and his spoof mystery, The Sparrow Conundrum, was the winner in the humor category.

He’s published a novel for children called The Loch Ewe Mystery, and his latest publication is a satirical novella about online gaming and the real and virtual worlds.

He’s had radio plays broadcast by the BBC and the Australian BC.  His short stories have appeared in many anthologies, including three of the CWA’s annual collections, and one was chosen by Maxim Jakubowski for his 2010 anthology of Best British Crime Stories. It’s also been optioned by a film company in Los Angeles.

He’s been a Royal Literary Fund Writing Fellow at universities in Aberdeen, Dundee and St Andrews.

Eden left a twenty-year banking career to become a full-time writer. She incorporates many of her favorite things into her writing such as: travel; humor; music; poetry; art; and much more.

An introvert by nature and an extrovert by design, Eden is most comfortable at home with her laptop surrounded by books. She is an online Scrabble junkie and a social media enthusiast, but she really needs to get out more often!