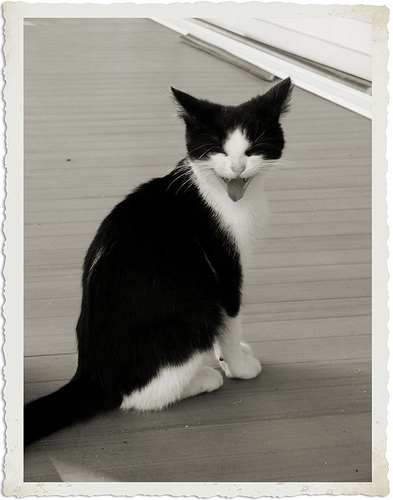 I was trying to catch up on my latest short story submission–a steampunk genre Civil War piece–when the moaning and clanking started again for the third time.

See, Thaddeus was my very own ghost in the attic.

I shut down the project as well as the laptop; giving writing up as a bad job for the night.

“I guess I’d better see what’s bothering the old coot,” I muttered to myself.

Climbing the creaky stairs, I was surprised when my black and white cat, Max, hissed at me and ran off.

Be he was gone. I loved cats, specifically because– like me–they never obeyed any commands. But the fur ball liked any opportunity to harass Thaddeus. Something was definitely up. I shook my head as I climbed the rest of the stairs to the attic.

I opened the door to the large, unfinished space to find the shimmering, pale form of Thaddeus, dressed as always in what looked like an 18th century military uniform, staring mournfully out of the half-moon window overlooking the grounds.

“Sir!” I said smartly. “Permission to enter?” He usually liked it when I asked to come into “his” attic.

Thaddeus turned his gaze from the window and looked me over. I couldn’t actually see him do it, as the apparitions’ eyes were nothing more then hollowed-out sockets. It was just a feeling I got whenever I arrived in his attic space and ‘looked’ toward me.

“Oh, why not. Enter” the ghost said in a melancholy voice.

I furrowed my brow at the lack his usual barked command of either “Come Hither, mortal!” or “Granted Soldier!” Something was definitely troubling the ghost.

I climbed into the attic, ducking a little to avoid whacking my head on one of the rafters, and let the door close behind me. I joined Thaddeus at the window, ignoring the chill that always caused my skin to crawl when I got too close to him.

After a moment of awkward silence, I cleared my throat.

“Go on then,” said the ghost in the same bored voice.

“What seems to be the trouble, Sir?” I asked hesitantly. I’d seen the ghost get upset only once in my four years in the house. It wasn’t pleasant and I didn’t want to experience it again.

“And why is that sir?” I asked relieved. Looks like I’d be spared a ‘poltergeist incident.’

The thought of another ghost in the house quite frankly annoyed me. I was already behind on my deadline. But I was also curious.

“New recruits?” I asked. “Wouldn’t you like company, sir?” I asked.

“Sure,” said Thaddeus. “But there is always the denial and the whining before acceptance. I hate that part. That, and the speech. I hate that blasted speech.”

The ghost sighed. “Welcome to the spectral plane, newly departed. You are here because the afterlife wouldn’t have you. You are condemned to haunt this world in ghostly fashion until the end of time.”

“Yes,” said the ghost seemingly more depressed. “It is. See, I can only say those words to a new ghost. Now I’ll have to deal with the shock and the denial…” his voice faded away and he went back to staring out the window.

“Shouldn’t have shoved all that white powder up your nose to write tonight, kid.”