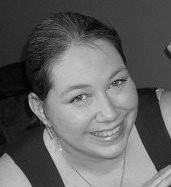 Links are here (and off to the left):

This is a shorter episode entitled “Half Way” as it is close to 15 November, half way through Nation Novel Writing Month (NaNoWriMo).  The theme for this episode is, of course, in honor of National Novel Writing month– where four intrepid guests are reading from their NaNo-based Works In Progress.

Our guests for this show:

Noelle Pierce – Noelle started writing fiction in 2009, when a story crept into her head and wouldn’t leave. Since then, she’s lost countless hours of sleep writing into the early morning hours because more stories wanted to be written. Her novels are historical romance, but her short stories include romance, mainstream fiction, and erotica. When she’s not writing, she’s playing with photo-editing software to make book covers and movie-making software to make book trailers. Anything to keep from doing housework.

Christopher Blanchard – Christopher Blanchard is a 37 year old husband and father who has decided to really get serious about becoming a published author. He is currently shopping around his novel The Windsmith. He currently is working on a project where he writes one short story a week for a full year, which can be found at his blog, http://1storyaweek.blogspot.com. His newest novel, The Life and Times of Aries Webb, which is a series of short stories about the first man born on Mars, is being posted on his blog each week. He is also planning on working on an epic fantasy as soon as his weekly short story project is done, and also sending out some of his shorts to get published. He’s crazy like that.

Nya Rawlyns – is the author of Sculpting David, scheduled for release in early Winter by Red Sage.  She writes primarily erotica and paranormal romance.  Nya will post daily galleys from her NaNoWriMo book, Portals: The Devil and the Falcon, on her blogsite www.romancingwords.com.  Nya also writes under the name ‘Diane Nelson’.

L.M. Stull –  is a Washington DC native who relocated to southern Virginia. During the day, she works with lawyers, but at night she channels her inner creative monster and writes. Her debut novel, Memoirs of a Monkey, will be available early next year.