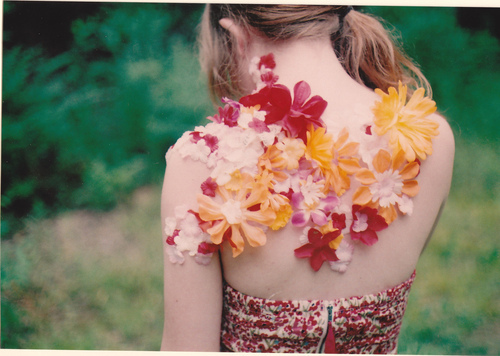 Welcome to Episode 45 of “The Word Count” podcast!

It’s 2015…the show’s been running for 4 years.  How the hell did that happen?  Well onward and upward!

The first show of the year has a very special collaborative story that I think you’ll enjoy.  Six wonderful authors and five stories for you this week!  All based on the theme:

But before we introduce our cadre of writers, a bit about the show:

What is The Word Count Podcast?

It is a free broadcast by writers for writers.  Simply put, a theme for each show is announced via this site, Twitter and Facebook and writers are given a week or two to write AND RECORD their stories based on said theme.

Why not, says I.  It’s a great way to practice writing and public speaking.  It’s another way for writers to get their work “out there.”  And I love to meet fellow authors and have a blast putting the show together.  It’s just that simple.

Okay.  Where can I find it?

You can listen to the latest podcast below, subscribe via iTunes or listen at the show’s site.

Our guests this week:

Angelica Dawson is the author of Blue Moon House, which has been in the top ten best-selling titles at Naughty Nights Press for over six months. She has also written two short stories, “The Highest Bidder” and “Leave Taking” which were each included in anthologies.She contributes flash fiction to several blogging collectives and excerpts from work in progress can also be found on her blog (http://angelicadawson.blogspot.com). She is active on Facebook (http://facebook.com/authorangelicadawson) and Twitter (@angelicadawson)She has been writing for several years and having sex a lot longer than that. Angelica is a wife, mother and environmental consultant. Her love of plants and the outdoors is not diminished by the bloodsucking hoards – mosquitoes and black flies, not vampires.
And her latest Blue Moon House book is releasing this Friday!

I purposely copy (usually verbatim) the completely barking mad Bios CTS send to me.  This one is ALMOST copied in its entirety:

“Sometimes I wear my face, sometimes a total strangers, like

a hobo, or large goldfish. But deep down I’m still that same person

that crazed, manic and quite possibly dangerous sociopath voted most

likely to steal your kidneys in school.

By THE WAY, I JUST HAPPEN TO HAVE SEVERAL PAIRS OF slightly used

KIDNEYS if anyone wants to make AN offer. The BIDDING starts at TEN

EURO, a decent SANDWICH, your home ADDRESS, a spoon AND enough ice to

For more details hit me up at <Redacted because: NO.  Just NO. J> on twitter.

Can anyone else hear that?

Someone who makes up stuff and puts it on paper. Lover of science fiction and fine wine – especially when consumed together.  Author of the series: Eye of the Draco

Matthew Munson “Time is a Killer”

Matthew is English, a writer, a Grammar Pedant and a writer. Quite possibly in that order.

He’s the author of two books, Fall From Grace and Leap of Faith, that are published through Inspired Quill, and an unabashed fantasy geek He loves – absolutely adores – the work of Terry Pratchett, China Mieville, Joe Abercrombie, Neil Gaiman … etc, etc, etc.

Oh, and he’s also one of The Two Dyspraxics. There’s another one, obviously, otherwise the title just doesn’t make sense.

Eden Baylee left a twenty-year banking career to become a full-time writer. She incorporates many of her favorite things into her writing such as: travel; humor; music; poetry; art; and much more.

An introvert by nature and an extrovert by design, Eden is most comfortable at home with her laptop surrounded by books. She is an online Scrabble junkie and a social media enthusiast, but she really needs to get out more often!

Before taking early retirement to become a full-time writer, Bill Kirton was a lecturer in French at the University of Aberdeen. He’s written stage and radio plays, short stories, novels, skits and songs for revues, and five non-fiction books aimed at helping students with their writing and study skills. His five modern crime novels, Material Evidence, Rough Justice, The Darkness, Shadow Selves and Unsafe Acts are set in north east Scotland and his historical crime/romance novel, The Figurehead, is set in Aberdeen in 1840. The Darkness won the silver award in the mystery category of the 2011 Forward National Literature Awards and his spoof mystery, The Sparrow Conundrum, was the winner in the humor category.

He’s published a novel for children called The Loch Ewe Mystery, and his latest publication is a satirical novella about online gaming and the real and virtual worlds.

He’s had radio plays broadcast by the BBC and the Australian BC.  His short stories have appeared in many anthologies, including three of the CWA’s annual collections, and one was chosen by Maxim Jakubowski for his 2010 anthology of Best British Crime Stories. It’s also been optioned by a film company in Los Angeles.

He’s been a Royal Literary Fund Writing Fellow at universities in Aberdeen, Dundee and St Andrews.

The Word Count Podcast is truly one of my joys. I direct, produce, write and host the show—and also come up with the various themes our writers—The “Word Count Irregulars”—use to create unique and brilliant stories.

All for the listener and lovers of great storytelling.

There are no endorsements…no paid stories.  It’s all done for the love of the written word.  And downloads are always free.  Always.

The only thing I ask is a little help via social media to point folks at the show.

To start listening go to either my Libsyn Page or to iTunes:

So it’s now 2015…and I’ve sobered up nicely—hope you all had a happy and healthy holiday!

But it’s back to work…so clear away all the empty bottles, discarded pizza boxes, and relatives that just won’t go home so you can write in peace.

The theme for the next show consists of three words:

Please read and comply with ALL the Guidelines below. I look forward to your stories!

DEADLINE: I must receive your submission by FRIDAY 16 JANUARY 2015 by MIDNIGHT Eastern time.

THE DETAILS: The work must be an original work based on the key words:

Do NOT exceed SEVEN minutes.

As this is a podcast, I need to receive a file of YOU, a friend or multiple friends reading (singing or otherwise performing) your work. MP3 FORMAT ONLY, and please attach your MP3 file to an e-mail or contact me for a Dropbox link.

Your submission MUST also contain the following:

Send your file to me@rbwood.com (or via the dropbox link I can provide) by 16 January 2015. You can also e-mail me with questions beforehand. I do reserve the right NOT to post your submission, but will communicate that to you should it be the case. I add the ‘Explicit’ tag to the ‘cast, so if your story uses adult themes or language that’s ok—but it should be necessary for the story.

I’ll only be accepting SEVEN stories this time—so get moving! J